Total Habitat was founded in the late 1990’s as an exhibit design and construction company, specializing in animal habitats for zoos. Our company founder, Mick Hilleary, is an Industrial Designer and former Curator of Exhibits at the Sedgwick County Zoo in Wichita, Kansas. As Curator of Exhibits, Mick oversaw the development of all the animal habitats and visitor experiences at the zoo. Seeing an opportunity to do more design work and create more exhibits for more zoos by starting his own design firm, Mick formed Total Habitat.

In 1999 - 2000, after designing an exhibit for otters that featured a chemical-free freshwater pool, Total Habitat began experimenting with creating natural swimming environments for humans, first in the form of filter tubs and smaller test pools; all with the goal of creating clean, chlorine-free water even in the warmest parts of the United States. After many tests and hours of field research, including a trip to Europe to swim in some public natural swimming pools there (which use a different type of filtration system than ours), Total Habitat built its first Natural Swimming Pool in the USA in 2000 - 2001. In 2002, we published our how-to ebook, Natural Swimming Pools & Ponds: THE TOTAL GUIDE, which is now in its 3rd edition. 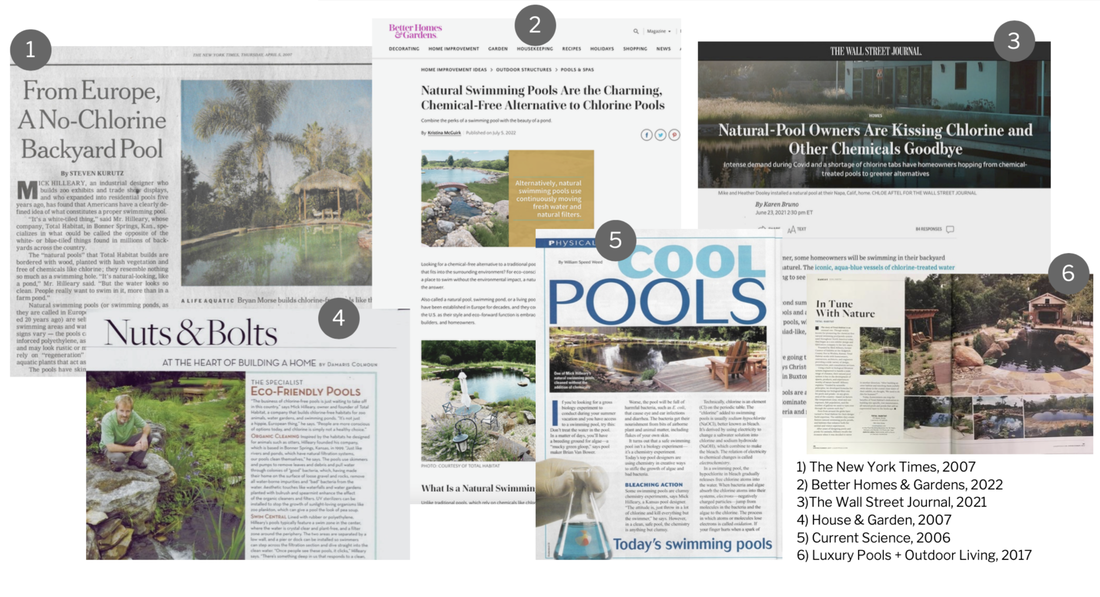